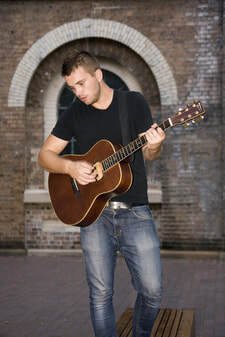 Joe Moore emigrated to Australia from the UK back in 2007 at the age of 16. Since then Joe has worked tirelessly at realising his dream to be a singer/songwriter. Taking to the streets of Sydney he soon became well known as the 'Pitt Street' busker and things came to a head in 2012 when he qualified for Australia's Got Talent. He progressed to the Grand Final and eventually finished 4th and although he failed to get the prize of a record contract he returned, unperturbed, to the streets of Sydney and continued to busk, write more songs and grow his fan and Facebook base to a following of over 8000.

During this time he was spotted by well-respected artist manager Glenn Wheatley. Joe subsequently supported John 'The Voice' Farnham at his sell out shows at The Star in Sydney.