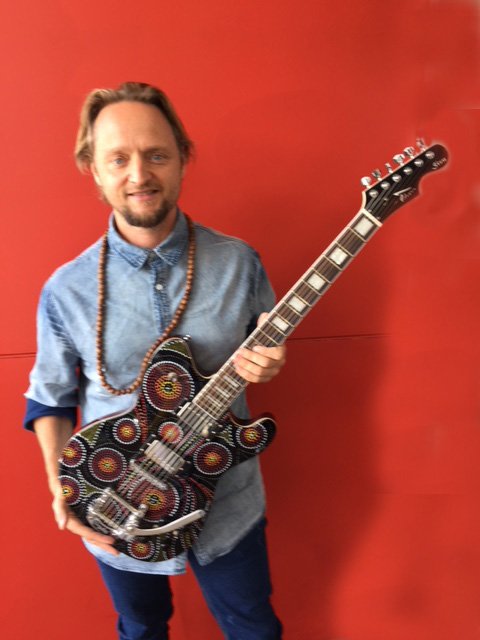 Darryl Beaton is one of Australia's most sort after musicians. Besides being the musical director for Jessica Mauboy and Delta Goodrem, Darryl has a long and impressive list of credits. He has played live and/or recorded with acts as diverse as Kanye West, Katie Noonan, Harry Connick Junior, KC & JoJo, Thelma Houston, Sneaky Sound System, Human Nature, Guy Sebastian, & Jade Macrae, and with numerous production credits including tracks for Mariah Carey, Deni Hines & Tina Arena.Darryl's comments about his Sisu: "... I was initially drawn to its beautiful aesthetic, its sleek lines and incredible indigenous artwork by Rex Winston Walford which appealed to my sense of pride in my country. The reason I look for it now for recording and performance is its sound. The quality of craftsmanship coupled with amazing woods and electronics that allow for a multitude of tones make it a guitar for all terrain. Love it!"